Helena owes its existence to the gold discoveries in Last Chance Gulch by four prospectors in the summer of 1864. The discovery of placer gold, quartz gold and silver, as well as lead, created an overnight boom town.

Montana's third territorial capital and the state capital today, became the Queen City of the Rockies with the boom brought on by the 1864 gold strike. The first gold strike came in 1852 in Deer Lodge Valley, however, the rush for gold in Montana didn't start until 1862 with the strike at Bannack. In 1864 a group known as the Four Georgians (consisting of: John Cowan, Daniel Jackson Miller, John Crab, and Reginald, or Robert, Stanley), stumbled upon gold in what is now Helena's main street. The claim was staked and named Last Chance Gulch. The Four Georgians worked the gulch until 1867, then the claim, and went back East, taking large amounts of dust with them.

As the Gulch began to fill with people the miners decided they needed to come up with a name for the town. The Four Georgians originally named it Crabtown after John Crab, one of the founders. Searching for a name, the miners decided on a town name from Minnesota, pronounced Saint Hel-E-na. To the miners HEL may have been spelled HELL and from then on was called Helena. St. was dropped from the name as it was deemed unnecessary.

By 1888 and estimated 50 millionaires made Helena their home. Last Chance Gulch produced an estimated $3.6 billion (in today?s dollars) in gold over a 20 year period.

The downtown area of the Capitol City is situated in a steep gulch with parts of the city perched on surrounding hillsides. This picturesque setting opens up into a wide valley to the north. On the upper east side sits Montana's State Capitol. Helena's glorious past can be seen in this spectacular 19th century mansions, historic Last Chance Gulch businesses and restored pioneer dwellings. The St. Helena Cathedral, an imposing edifice, overlooks the downtown area. Modeled after the cathedral in Cologne, Germany, and a replica of the Votive Church in Vienna, the Cathedral is a magnificent addition to its Rocky Mountain setting. Stained glass windows, white marble altars, statues and genuine gold leaf decorate the sanctuary. Outside, majestic twin spires rise 230 feet above the street.

Tours, conducted on a regular basis, of the Original Governor's Mansion, constructed, in 1888 concentrate on the history of the house and its furnishings. It contains 20 rooms and seven fireplaces, all restored to the turn-of-the-century elegance and furnished with antiques.

The Montana Historical Society founded in 1865, which houses one of the country's most important collections of Charles M. Russell art is on view in the Mackay Gallery; the Haynes Gallery features the life and work of noted frontier photographer F. Jay Haynes.

The brick hostelry of Reeder's Alley, built in 1882 for gold miners, now consists of office rentals in the old bachelors' quarters, along with unique restaurants.

Boat tours are available at the Gates of the Mountains, 16 miles north of Helena off I-15.

The Last Chance Tour Train features informative, entertaining tours of the city. The tour begins at the Montana Historical Society.

Helena, the Capital City, is located in the southwestern area of Montana. It is situated half-way between Glacier National Park and Yellowstone National Park. The Helena Chamber is located on the corner of 6th and Cruse Avenues in Downtown Helena. 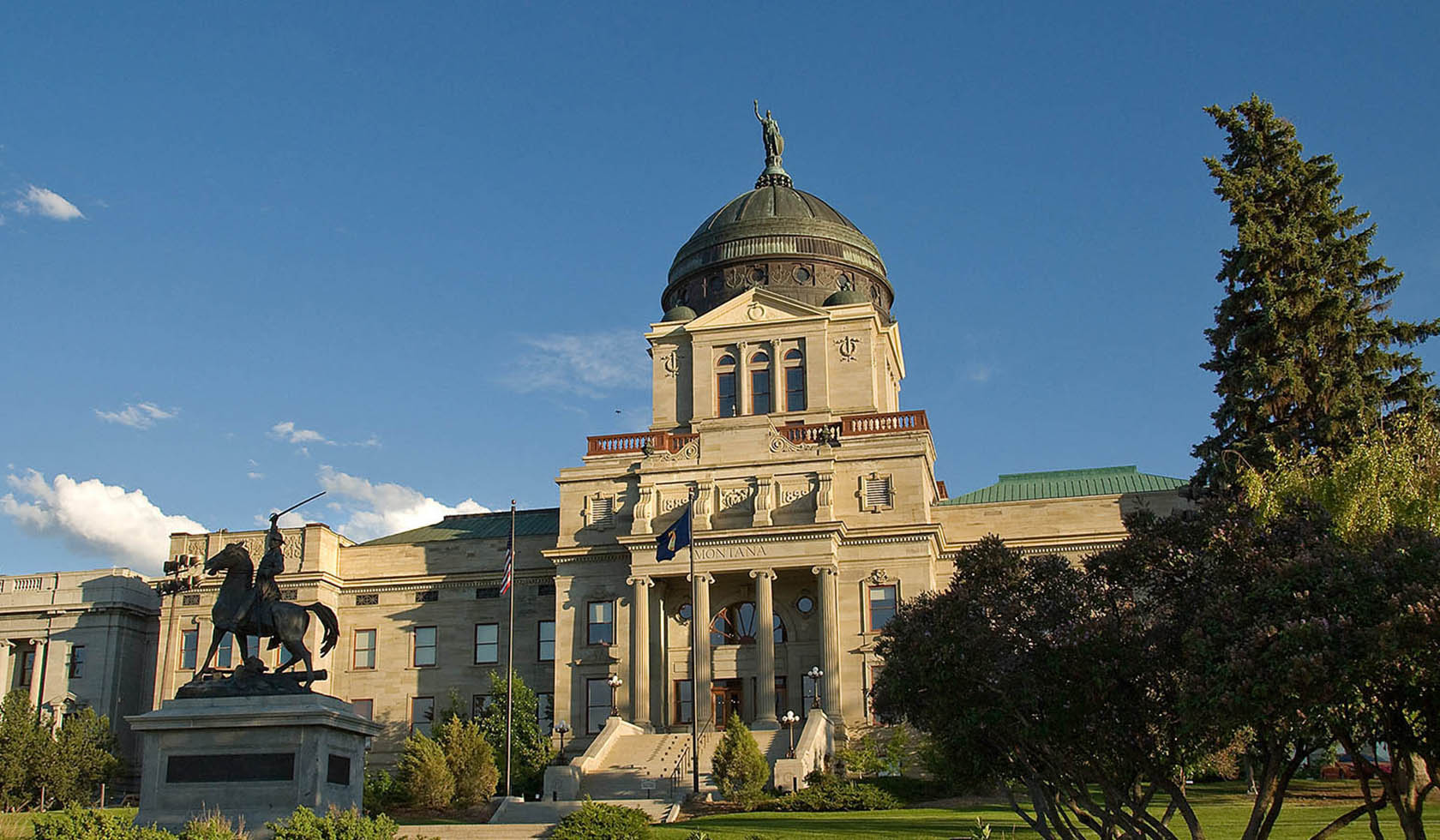