In 1886, Welsh Immigrant and the Original "Celtic Cowboy" Robert Vaughn, began plans for ".....the most advanced livery in the Pacific Northwest", which brought forth The Arvon Block (get it? Robert Vaughn........ R Vaughn..... Arvon) a Livery, Freight Transfer station, Teamster Boarding House and Vegetable and Fruit market, ALL under one roof!

Finished and opened in June of 1890, just six short months after Montana achieved Statehood, the Arvon Block, housing The Historic Hotel Arvon, The Celtic Cowboy Pub and Restaurant and The Darkhorse Hall and Darkhorse Wine Snug, is the Oldest Comercial Building in Great Falls.

During the Spring of 2012 the Cascade County Preservation Office funded a feasibility study focused on securing the future of the Arvon Block, which had come under disrepair and was destined for the wrecking ball. Enter the ownership group who labored for four years to make The Hotel Arvon and Celtic Cowboy an experience you won't soon forget. Much of the building is original (minus the 3 feet of pigeon poo), with all of the modern updates, including a gallery of original western art, making the Hotel worthy of Robert Vaughns' circa 1890 self penned book "Then and Now... my 36 years in the Rockies".

We ask you to sit back, enjoy one of our 11 historically named suites or 22 luxurious guest rooms, have a pint of Guinness and reminisce of bygone days, who knows, you may even hear the hoof beats of legendary draft horses "Billy" or "Banks", long gone residents of this working livery.
Read More
Read Less 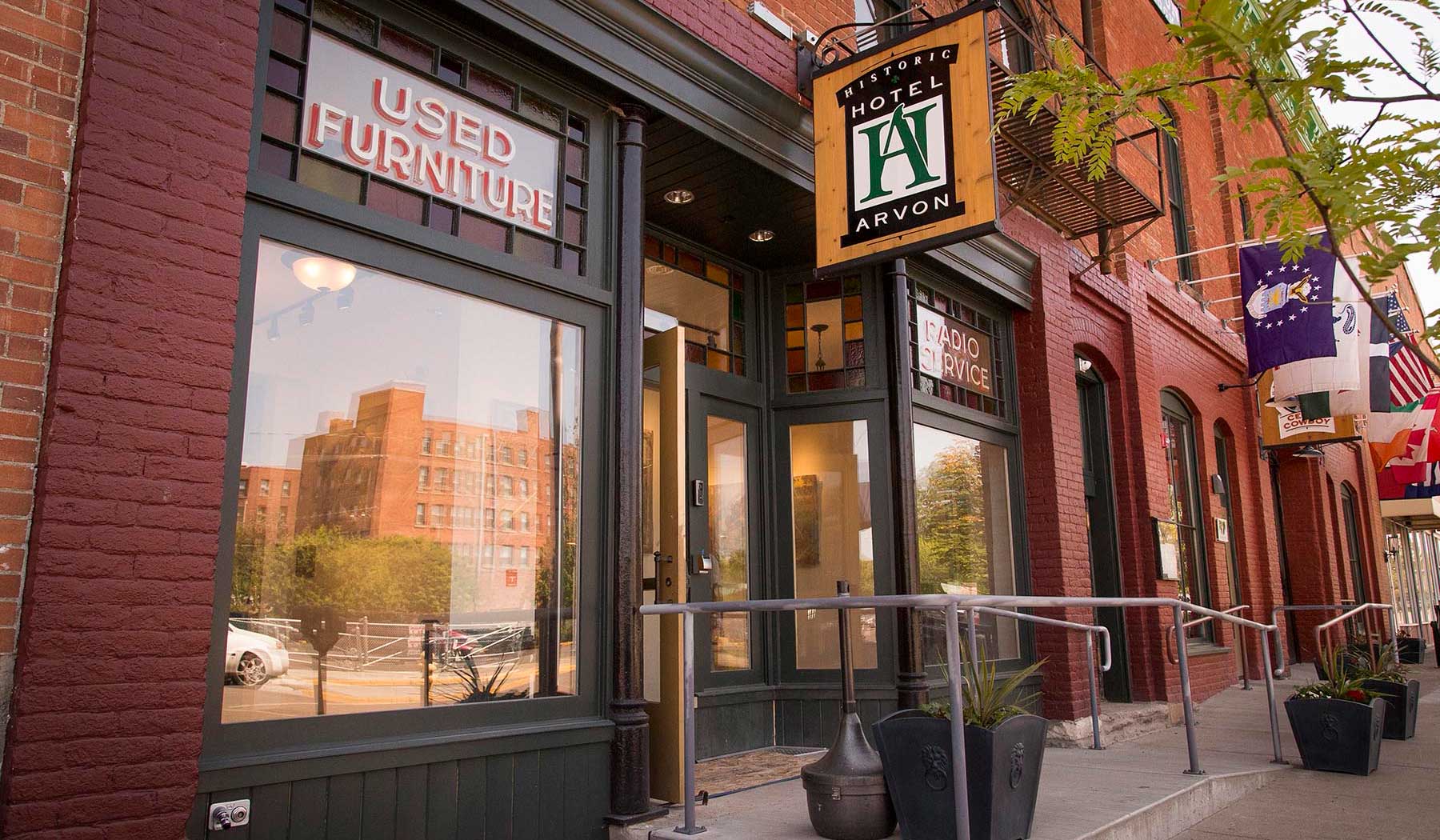