The Old Fire Tower, called Guardian of the Gulch, is an official city landmark. This twenty-five foot fire tower was built in 1876 after a huge fire destroyed the downtown area. The octagonal cab was added in 1886 and last used in 1931. The Guardian of the Gulch was manned around the clock to keep watch over the city. If a fire was spotted, the alarm was sounded to alert the town to begin fighting a fire. The Guardian is the last remaining tower of the many that once existed in Helena. In fact it is one of only five of its kind left standing in the United States.

A hiking trail up to the tower is found off Cruse Avenue just across Broadway. A number of planting projects and weed control programs have created a hillside park for picnicking. The view from the hill encompasses Helena and the surrounding Scapegoat, Little Belt, and Sleeping Giant mountain ranges.
Read More
Read Less

The ‘Guardian of the Gulch', Helena's Fire Tower, is located south of the downtown area in Helena. 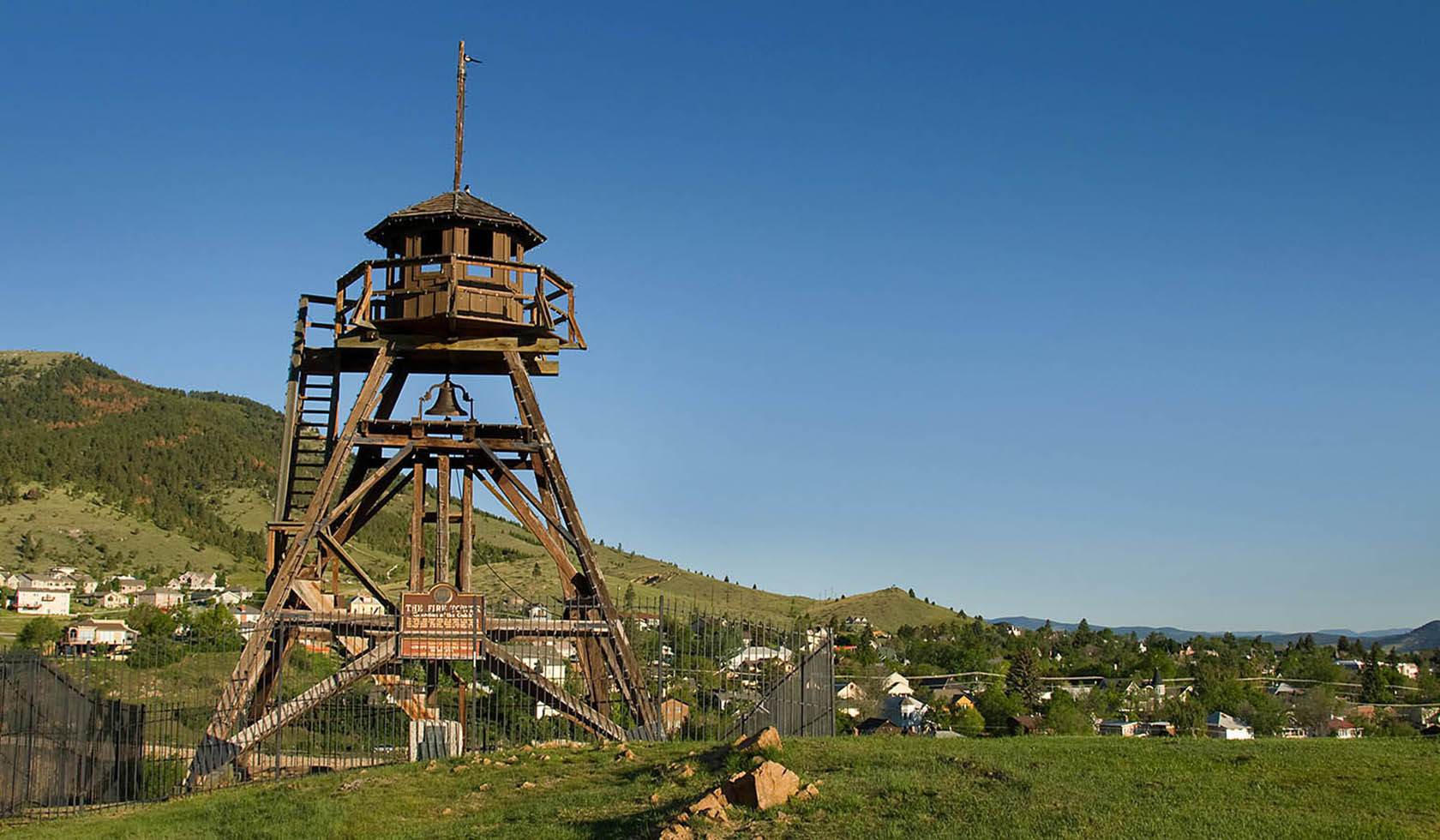