While not the highest peak in Glacier, at 9080 feet, Chief Mountain stands ahead of the other mountains on the eastern edge of the Rockies and looks out over the plains. It can be seen for over a hundred miles away. Lying half in Glacier, half in the Blackfeet Reservation to the east, and just under 5 miles from the border that passes through the Peace Park, the mountain transcends boundaries. For people of the Blackfoot Confederacy, which includes tribes in the US and Canada, Chief Mountain has helped define their territory for millennia. The prominence and visibility of the mountain provided guidance, shelter, and a landmark for travelers.

Named “Ninaistako” by the Blackfeet, the mountain holds great power and ancient knowledge. Use of the mountain for ritual and ceremonial purposes goes back thousands of years. It is a sacred area. Chief Mountain is considered the oldest spirit of any of the mountains and creation stories of the Blackfeet are linked to it. 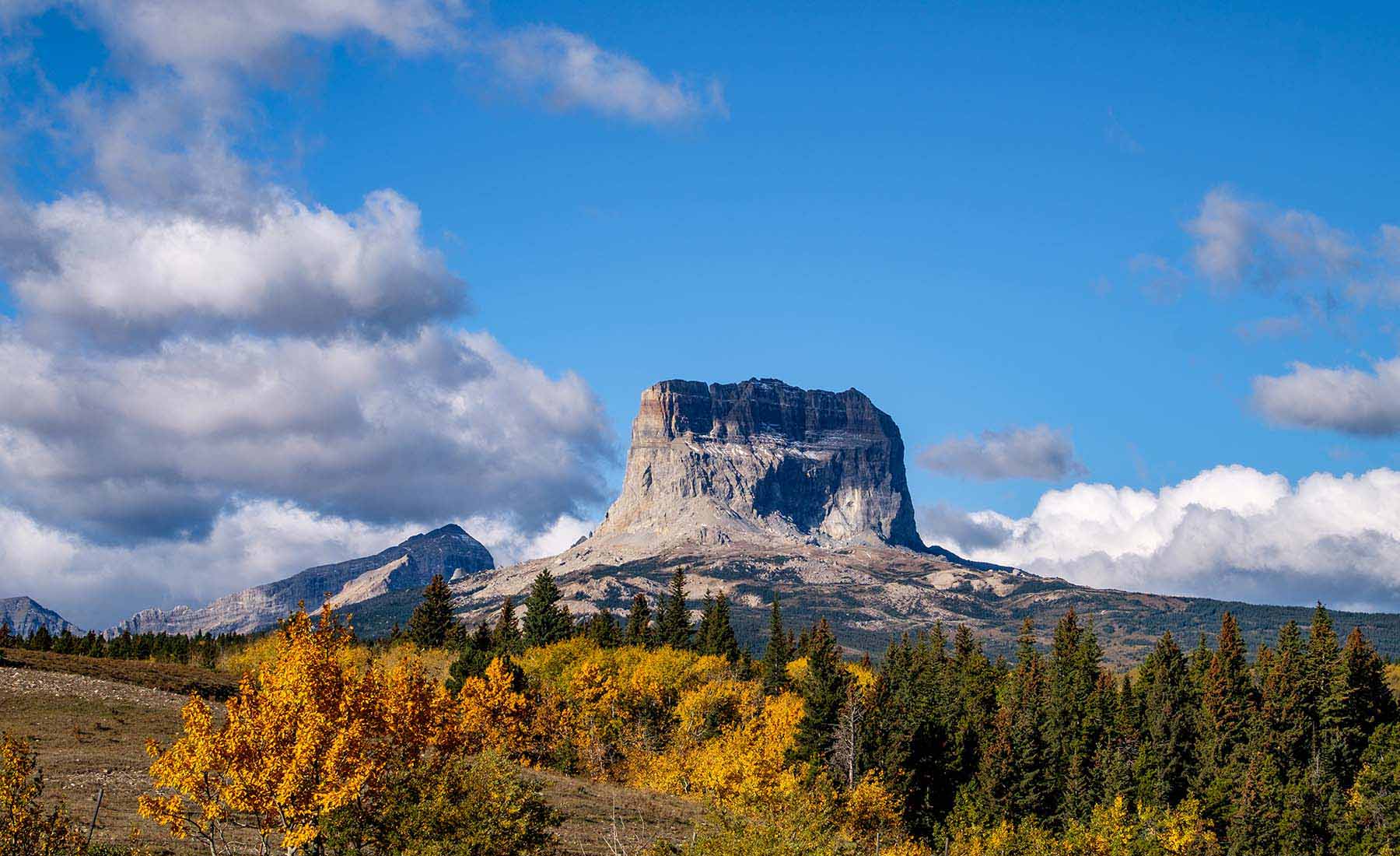