Named for the year it was built, the Oregon Shortline 1903 was constructed for $16, 685 as an executive rail car for the Vice President of the Union Pacific. In reference to E.H. Harriman's Presidential rail car, the Arden, which was built in 1900, some who rode on OSL 1903 said, "We out bested Old E.H. on this trip". The charm of the wooden exterior and interior construction was typical of that period. It was retrofitted in 1915 and was renamed OSL 150 at the time.

In 1935, the car was given as a retirement gift to E.C. Manson. He sat it on a stone foundation next to the forest, just 3 blocks west of here. After various owners used it as a summer home, Clyde and Linda Seely purchased it in 1975 and lived there that summer. After many paint jobs of various colors it had lost its identity and looked like "just and old relic", while on the inside its immaculate condition was maintained.

Finally, its real identity was revealed when the photos were discovered in the Smithsonian Institute. One shows the completed car in front of the Pullman Factory, the other an interior shot with the original furniture. In 1995, this museum-quality rail car was placed here and the Seelys and Howells built the Holiday Inn around it. Please enjoy the self-guided tour of the inside of the rail car. 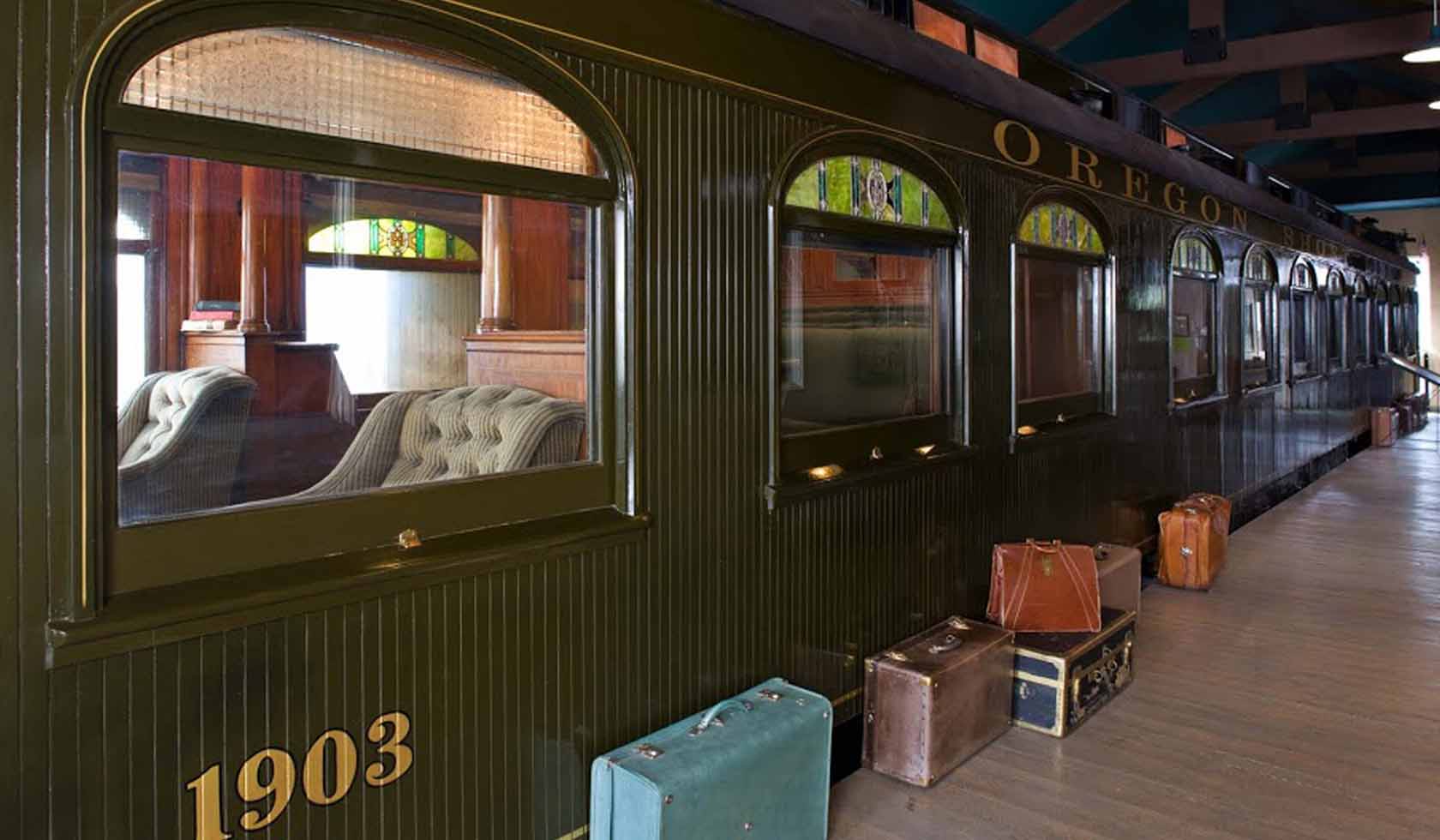