The valley was formed when glacial ice poured down the steep slopes of the Mission Range The valley floor is generally flat, but rises steeply to adjacent forested mountain sides. Most of the refuge lies within this valley floodplain, which is composed mainly of reed canary grass. The land was acquired in 1973 and it has 1,568 acres, plus 210 acres from the Forest Service.

Objectives of the refuge are to provide for waterfowl habitat and production and to provide for other migratory bird habitat, where there are 170 species of different birds! Waterfowl species consist of Canada geese, mallards, cinnamon teal and common goldeneye. The refuge provides a nesting site for a pair of bald eagles. Other birds of prey frequenting the area include northern harriers, Swainsons hawks, red-tailed hawks, great horned owls, marsh wrens, song sparrows and yellow-headed blackbirds.

There are no significant developments or facilities on the refuge and present management is directed at maintaining the area in its natural state. Except for viewing platforms, the refuge is closed from March 1 to July 15 to reduce disturbance to nesting birds. 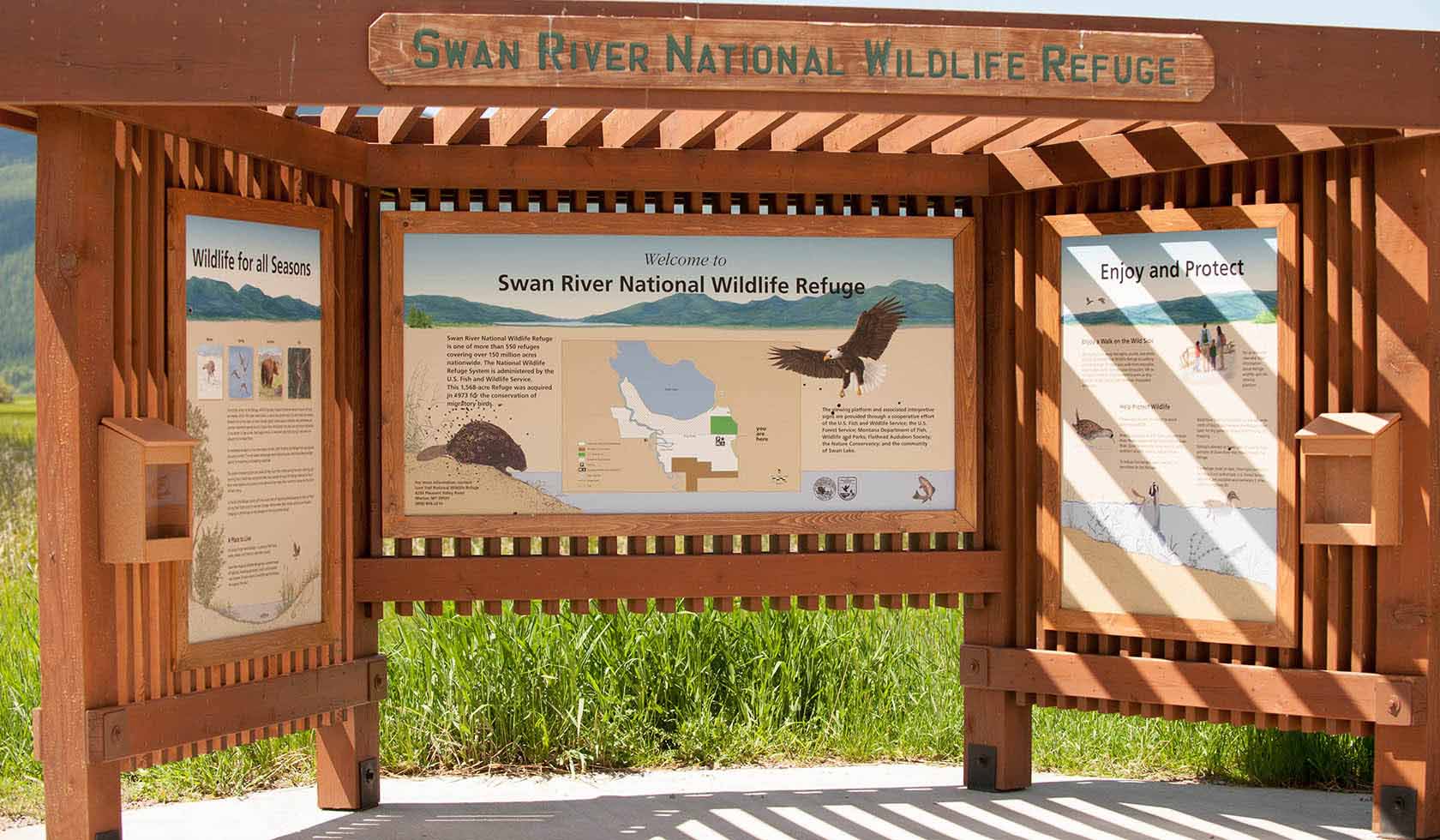