In 1863 Bill Fairweather and his party discovered gold in southwestern Montana. They were on their way to Yellowstone Country from Bannack but were waylaid by a band of Crows. While hiding from the Indians in a gulch they found gold. They named the gulch after the alder trees lining the gulch. Alder was one of the great gold producers of all time. The site of the largest placer gold strike in world history. It produced $10,000,000.00 during the first year.

A year later the boom town of Virginia City had a population of 10,000. People lived in makeshift tents and shacks and every third construction was a saloon. The site gave birth to two of Montana's most famous towns: Virginia City and Nevada City.

Alder Gulch is located west of Virginia City, in the southwestern area of Montana, on US Highway 287. 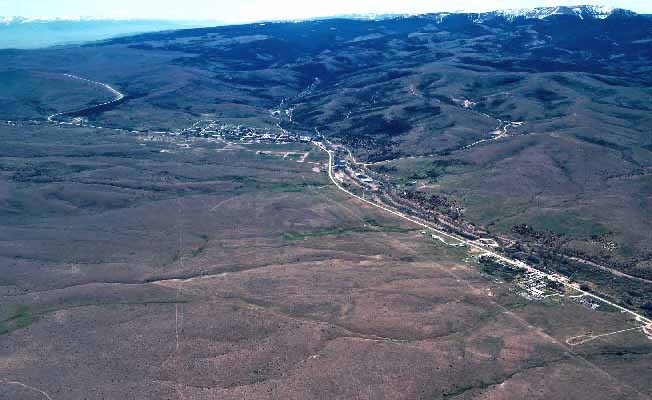