The Berkely Pit, started in 1955, was a large truck-operated open-pit copper mine until mining ceased in 1982. By 1980 nearly 1.5 billion tons of material had been removed from the Pit, including more than 290 million tons of copper ore. The pit enabled Butte to claim the title The Richest Hill on Earth.

Two communities and much of Butte's previously crowded East Side were consumed by land purchases to create the pit. The Anaconda Mining Company bought the homes, businesses and school of the working-class communities of Meaderville and McQueen, east of the pit site.

The pit is 7,000 feet long, 5,600 feet wide and 1,600 feet deep from the high wall on the north side just below the Kelley mine. Present day visitors can view the mine from a platform located above it. The viewing stand offers a look at the Berkeley Pit, which is filling with water. The Berkeley Pit Viewing Stand, open from March until November has an admission fee of $2.
Read More
Read Less

The Berkeley Pit is located at the east end of Park Street in uptown Butte. It can be reached by use of exit 126, go north to Park Street and then east. It is well marked and has plenty of parking. 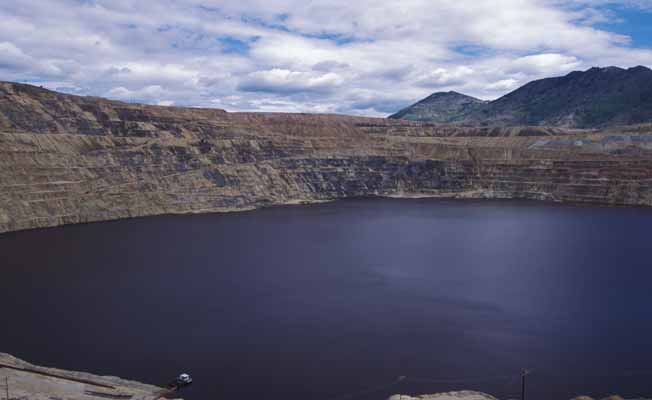