The old Fairview Bridge, located about 3.5 miles east of Fairview across the North Dakota border, is also a vertical lift structure, but its lift span cannot be moved. While now closed to both rail and vehicular travel, the Fairview Bridge also has another claim to fame-it adjoins the only tunnel in North Dakota. The 1,456 foot long tunnel was built in 1912 and 1913. Most of the digging was done by hand, although horse and mule-drawn scrapers and blasting powder were used in building the approaches. Both the Fairview Bridge and Cartwright Tunnel have been developed into a walking trail by the Fairview Chamber. The only time the 'lift' span on the Fairview Bridge over the Yellowstone River was raised was in 1914, shortly after it was constructed as part of an ambitious plan by the Great Northern Railroad for its never-completed Montana Eastern Railway. After all these years, it's still there, the powerful lifting machinery still in place atop 108-foot-high steel towers. The bridge is just over the line in North Dakota, about 3.5 miles east of Fairview and two miles west of Cartwright, N.D. It hasn't been used since 1986. In 1991, the state began a survey of historic bridges, and the Fairview Bridge was on the list of about 127 found eligible for the National Register. It was among 30 chosen for nomination. According to the nomination form prepared under contract with the state by Mark Hufstetler, an historian with Renewable Technologies Inc., of Butte, the bridge qualifies both for its historical significance and its unique engineering. The costly lift functions required on navigable waters were obsolete when construction got underway in 1913. The lift span never had to be raised to allow passage of a barge or boat. Commercial traffic on the Missouri and Yellowstone Rivers in the two states had ceased years earlier. The huge bridge span necessitated by federal law was used only once - its test when construction was completed by Gerrick & Gerrick in 1914. According to the nomination form and other historical sources, the Fairview Bridge and its twin at Snowden, Montana, were built along the route of the Montana Eastern Railway. The railway was designed as a second mainline for the Great Northern connecting the vast open spaces between New Rockford, N.D., and Lewistown, Montana, according to Richard E. Johnson in a 1994 article published in 'Hoofprints', the publication of the Yellowstone Corral of the Westerners. The bridges, at $500,000 each, were the most expensive components of the plan. About the time World War I began, the economics of the Montana Eastern Railway stopped looking so promising and construction came to a halt. The Fairview Bridge, planned for much bigger things, served a little-used branchline, Hufstetler wrote in the nomination form. 'At its peak, the line probably saw no more than one passenger and one freight train each way per day,' his report said. 'Passenger service on the line ended in the late 1950s, and the last freight trains used the line in approximately 1986.' Planking was placed between the bridge rails so automobiles could use the bridge - a unique arrangement that lasted until a highway bridge was built nearby to accommodate traffic on North Dakota Highway 200 in 1955. According to Hufstetler, a watchman was stationed at the bridge to prevent trains and automobiles from colliding. He wrote that Great Northern charged a toll for cars using the bridge until 1937, when the state highway department assumed responsibility.

The Fairview Lift Bridge and Cartwright Tunnel are as enormous as they are historic. The Bridge stretches 1,320 feet across the Yellowstone River and hangs about 100 feet above the water. Automobiles stopped using the bridge when the Hjalmer Nelson Memorial Highway Bridge was built in 1956. In 1997, the bridge was listed on the National Register of Historic Places. Both the tunnel and the bridge remain structurally sound. Development of the 13-acre site, Sundheim Park, includes a ramp up the bridge trestle, hand rails and decking.
Read More
Read Less

The old Fairview Bridge is located about 3.5 miles east of Fairview on Highway 200. 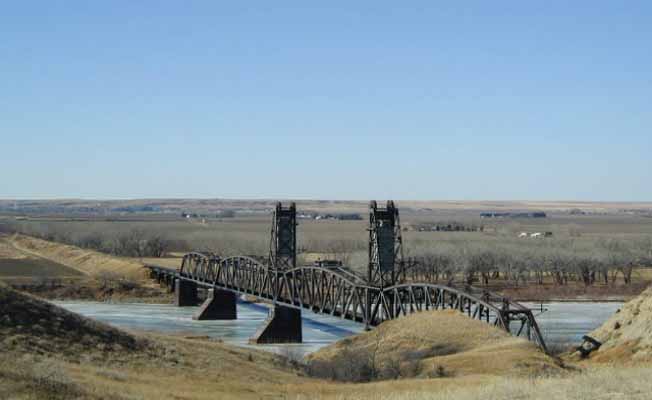 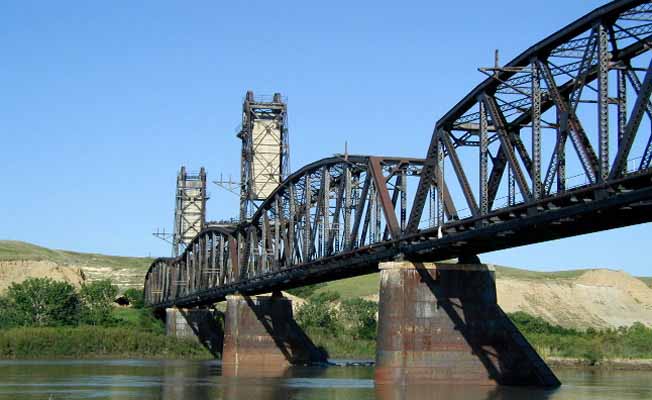 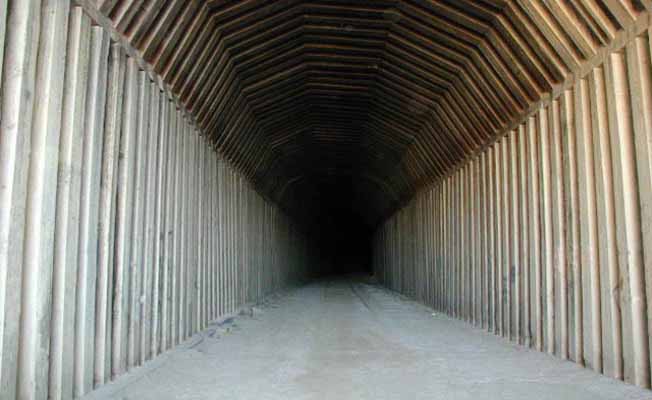 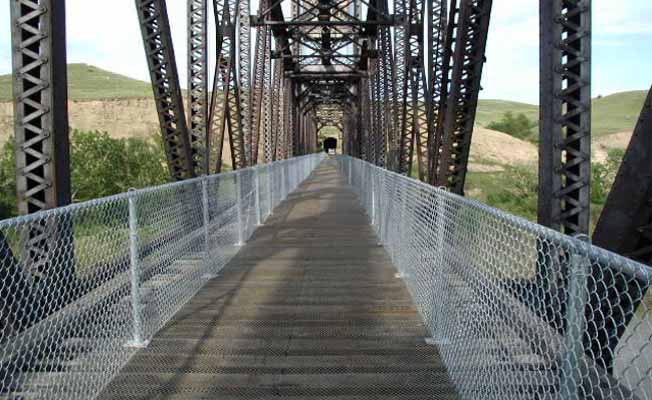 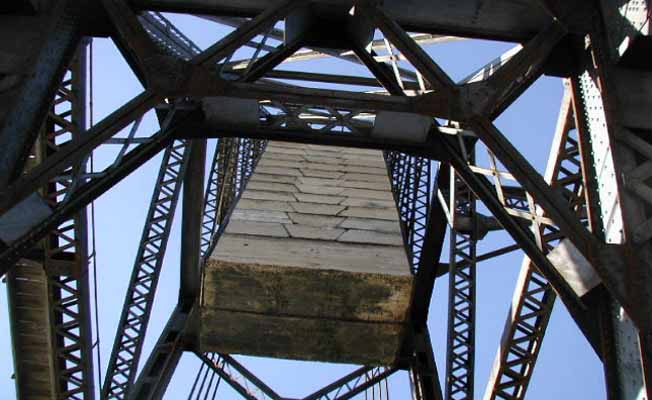 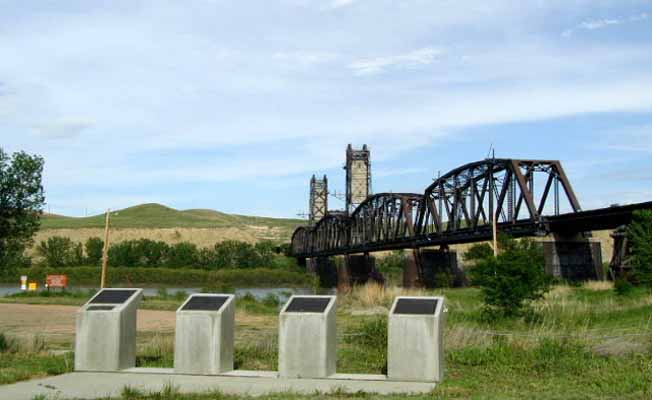