On January 17, 2001, the Upper Missouri River Breaks National Monument was officially added to the Department of the Interior's National Landscape Monument System. This national monument includes an ecosystem that parallels the Upper Missouri National Wild and Scenic River through north-central Montana. Much of the land in this area (375,000 acres) is public land managed by the Bureau of Land Management. In some areas, these BLM acres are intermingled with State of Montana lands and private property. This designation applies only to the BLM managed lands.

The landscape throughout this monument contains a spectacular array of biological, scientific, historic, wildlife, ecological, and cultural resources mixed with a remote location that offers opportunities for solitude not commonly found today. This remote location retains unspoiled, natural settings that form a backdrop for outstanding recreational and cultural tourism opportunities.

The center of this monument is the 149-mile long Upper Missouri National Wild and Scenic River. The Upper Missouri begins at historic Fort Benton, Montana on U.S. Highway 87 and ends 149 miles later where the Fred Robinson Bridge on U.S. Highway 191 crosses the Missouri River. The remote nature of this segment of the Upper Missouri River has buffered the area from most human influence. It has maintained the same vistas that awed the Lewis and Clark Expedition in 1805 and 1806. Also traveled by the Nez Perce (Chief Joseph) in 1877.

The monument is covered with sedimentary rocks deposited in shallow seas that covered central and eastern Montana during the Cretaceous period. Glaciers, volcanic activity, and erosion have since folded, faulted, uplifted, and sculpted the landscape to the majestic form it takes today.

Many of the biological objects described in Lewis' and Clarks' journals continue to make the monument their home. The monument boasts the most viable elk herd in Montana and one of the premier big horn sheep herds in the continental United States. It contains essential winter range for sage grouse as well as habitat for prairie dogs. Lewis sent Jefferson a prairie dog specimen which was, as Lewis noted at the time, 'new to science.' Abundant plant life along the River and across the Breaks country supports this wildlife. The lower reach of the Judith River, just above its confluence with the Missouri, contains one of the few remaining fully functioning cottonwood gallery forest ecosystems on the Northern Plains. Arrow Creek, originally called Slaughter River by Lewis and Clark, contains the largest concentration of antelope and mule deer in the monument as well as important spawning habitat for the endangered pallid sturgeon. An undammed tributary to the Missouri River, Arrow Creek is a critical seed source for cottonwood trees for the flood plain along the Missouri.

The cliff faces in the monument provide perching and nesting habitat for many raptors, including the sparrow hawk, ferruginous hawk, peregrine falcon, prairie falcon, and golden eagle. Several pairs of bald eagles nest along the River in the monument and many others visit during the late fall and early winter. Shoreline areas provide habitat for great blue heron, pelican, and a wide variety of waterfowl. The River and its tributaries in the monument host forty-eight fish species, including goldeye, drum, sauger, walleye, northern pike, channel catfish, and small mouth buffalo. The monument has one of the six remaining paddlefish populations in the United States. The River also supports the blue sucker, shovel nose sturgeon, sicklefin, sturgeon chub, and the endangered pallid sturgeon.

The Bullwacker area of the monument contains some of the wildest country on all the Great Plains, as well as important wildlife habitat. During the stress-inducing winter months, mule deer and elk move up to the area from the river, and antelope and sage grouse move down to the area from the benchlands. The heads of the coulees and breaks also contain archeological and historical sites, from teepee rings and remnants of historic trails to abandoned homesteads and lookout sites used by Meriwether Lewis.

Long before the time of Lewis and Clark, the area was inhabited by numerous native tribes, including the Blackfeet, Assiniboine, Gros Ventre (Atsina), Crow, Plains Cree, and Plains Ojibwa. The confluence of the Judith and Missouri Rivers was the setting for important peace councils in 1846 and 1855. In 1877, the Nez Perce crossed the Missouri and entered the Breaks country in their attempt to escape to Canada. The Cow Island Skirmish occurred in the Breaks and was the last encounter prior to the Nez Perce surrender to the U.S. Army at the Battle of Bear Paw just north of the monument. Pioneers and the Army followed Lewis and Clark in the 1830s establishing Fort Piegan, Fort McKenzie, and Fort Benton. Remnants of this rich history are scattered throughout the monument, and the River corridor retains many of the same qualities and much of the same appearance today as it did then.
Read More
Read Less

The Upper Missouri River Breaks encompasses an area of 375,000 acres that parallel the Missouri River landscape from Fort Benton on US Highway 87 through central Montana north of Lewistown and the west end at the CMR National Wildlife Refuge and US Highway 191. 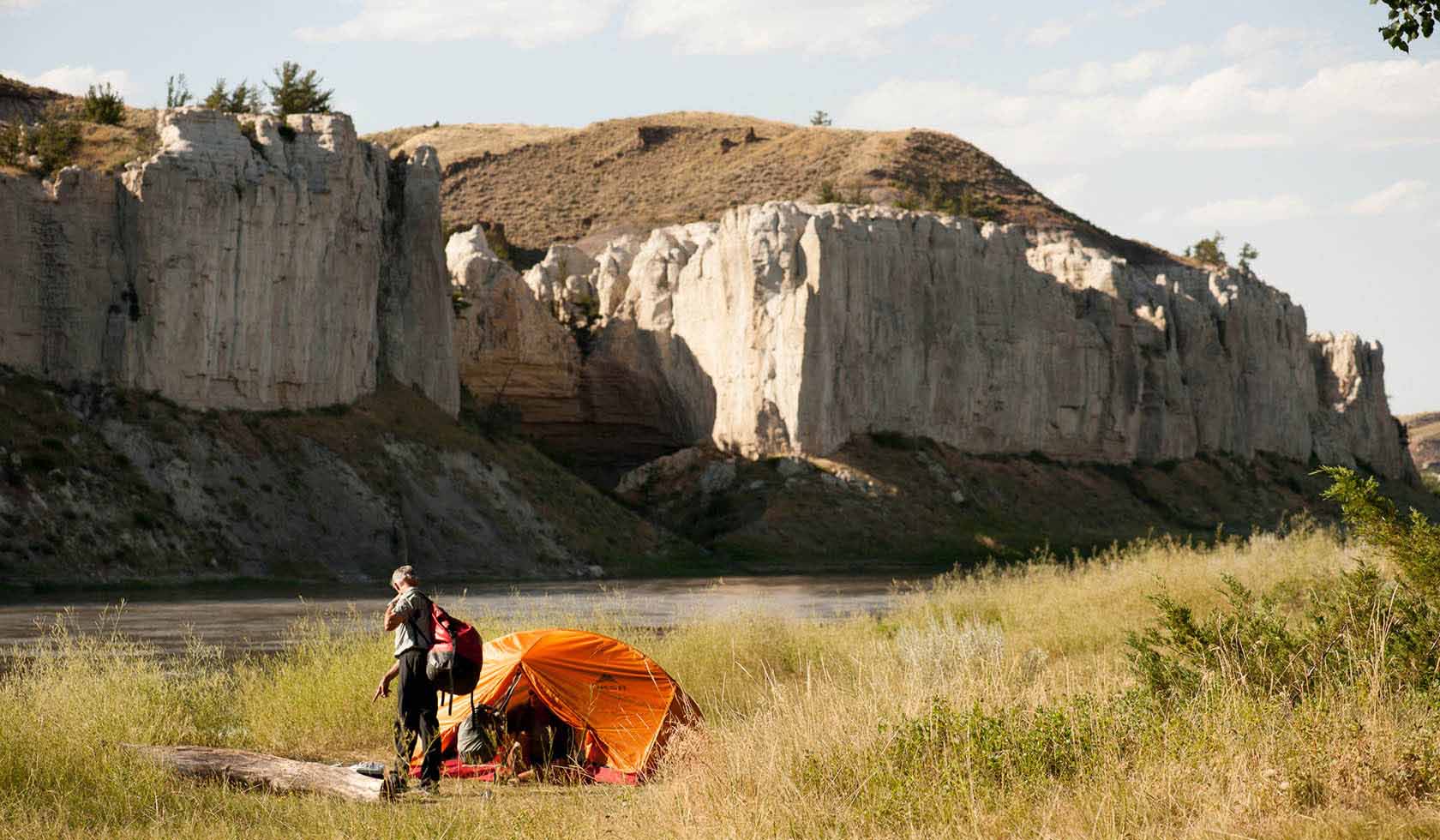