Lake Koocanusa Scenic Byway, in the Kootenai National Forest in northwestern Montana, was created in 1992 to become the Northern Region's 5th scenic byway. It follows the Kootenai River and Lake Koocanusa via State Highway 37. Open year-round, this 67-mile route connects Libby and Eureka. The byway also includes a side loop (Forest Development Road 228) around the west side of the lake, a more leisurely, two-lane, paved route that is closed in winter. Numerous hiking trails in the Kootenai National Forest intersect the Byway. A 100-mile long circular bicycle tour begins at Libby Dam.

Lake Koocanusa was formed behind Libby Dam which was completed in 1974. The lake extends 90 miles north from the dam into British Columbia. The scenic byway highlights the southern half of the reservoir. To the untrained ear, Koocanusa sounds much like a Kootenai Indian word. However, it is a modern creation. When the dam was under construction, the Corps of Engineers conducted a contest to name the lake. A woman from Eureka, Montana, won the contest by taking the first three letters from the words Kootenai and Canada and adding USA to create the name Koocanusa.

The Kootenai River and Lake Koocanusa dominate the landscape of this scenic byway corridor. The lake cuts a narrow fjord-like gorge between the Purcell Mountains and the Salish Mountains. Rock outcrops and ledges provide habitat for bighorn sheep, seen frequently along the byway. The surrounding Kootenai National Forest provides habitat for wildlife of all kinds. Recreational opportunities like camping, fishing, boating, and sightseeing at the areas ghost towns, Libby Dam, and lookouts, abound. Surrounded by the unique culture and scenic wonders of the area, the Lake Koocanusa Scenic Byway is as original as its name.

Recreational opportunities abound along the Lake Koocanusa Scenic Byway. Camping on the lake is available at numerous primitive sites, including an island and four major, developed campgrounds. Picnicking, rock climbing, hiking, lookout rental, and fishing are also popular. Boating access is available at four paved boat ramps. Lake Koocanusa has one of the best land-locked salmon fisheries in the northwest. The Kootenai River is considered a blue-ribbon trout stream with trophy-size rainbow trout. The visitor center at Libby Dam offers interesting displays and tours of the dam's powerhouse where five giant turbines generate electricity. Timber harvesting, both public and private, is evident along the byway. You can sometimes see harvesting in operation, but mostly you will see older harvest units in various stages of regeneration. One thing that you will not find along the Byway is boredom.
Read More
Read Less

Open year-round, this 67-mile route connects Libby and Eureka via State Highway No. 37, which follows the Kootenai River and Lake Koocanusa. The byway also includes a side loop (Forest Development Road No. 228) around the west side of the lake, a more leisurely, two-lane, paved route that is closed in winter. 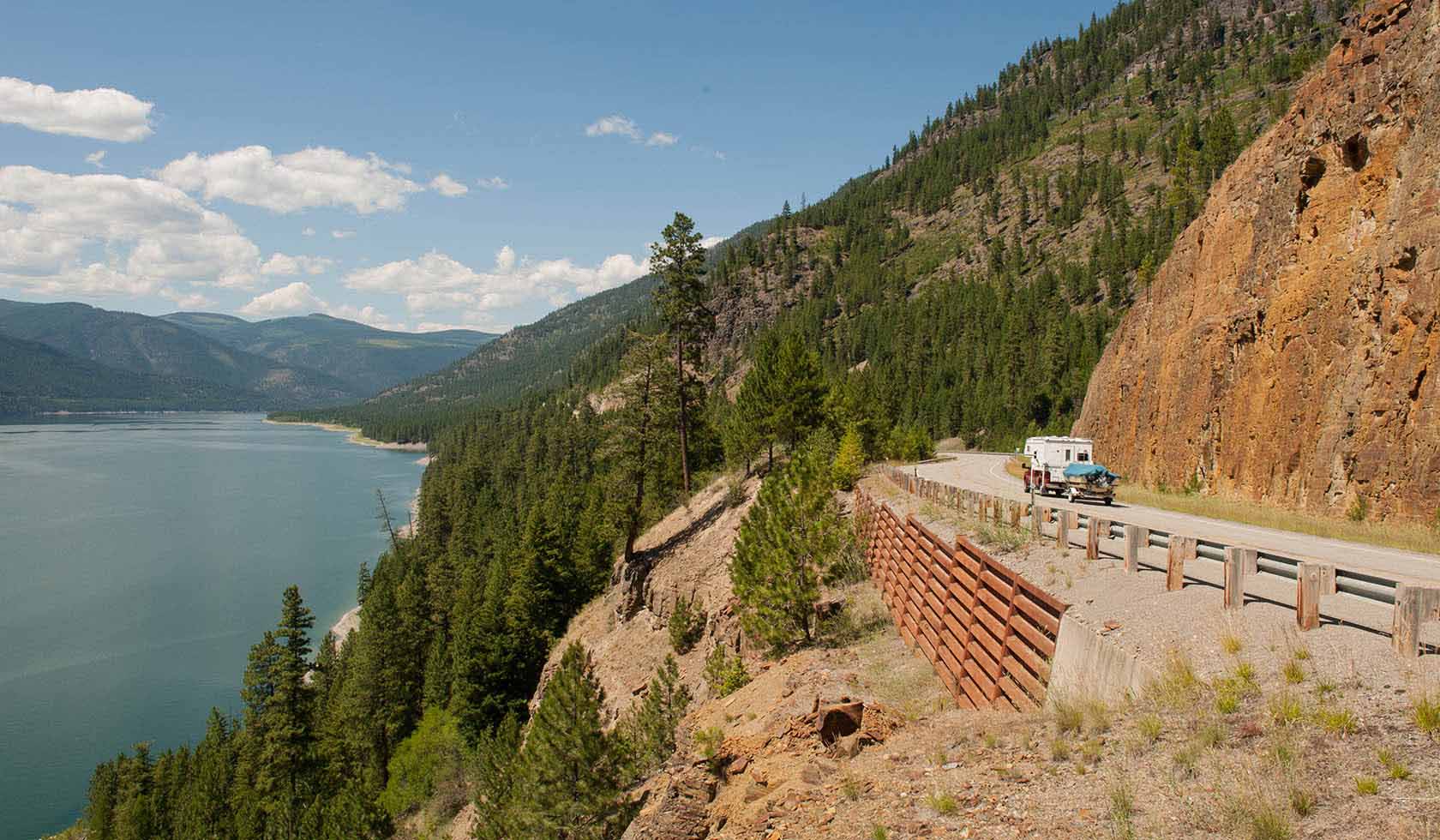 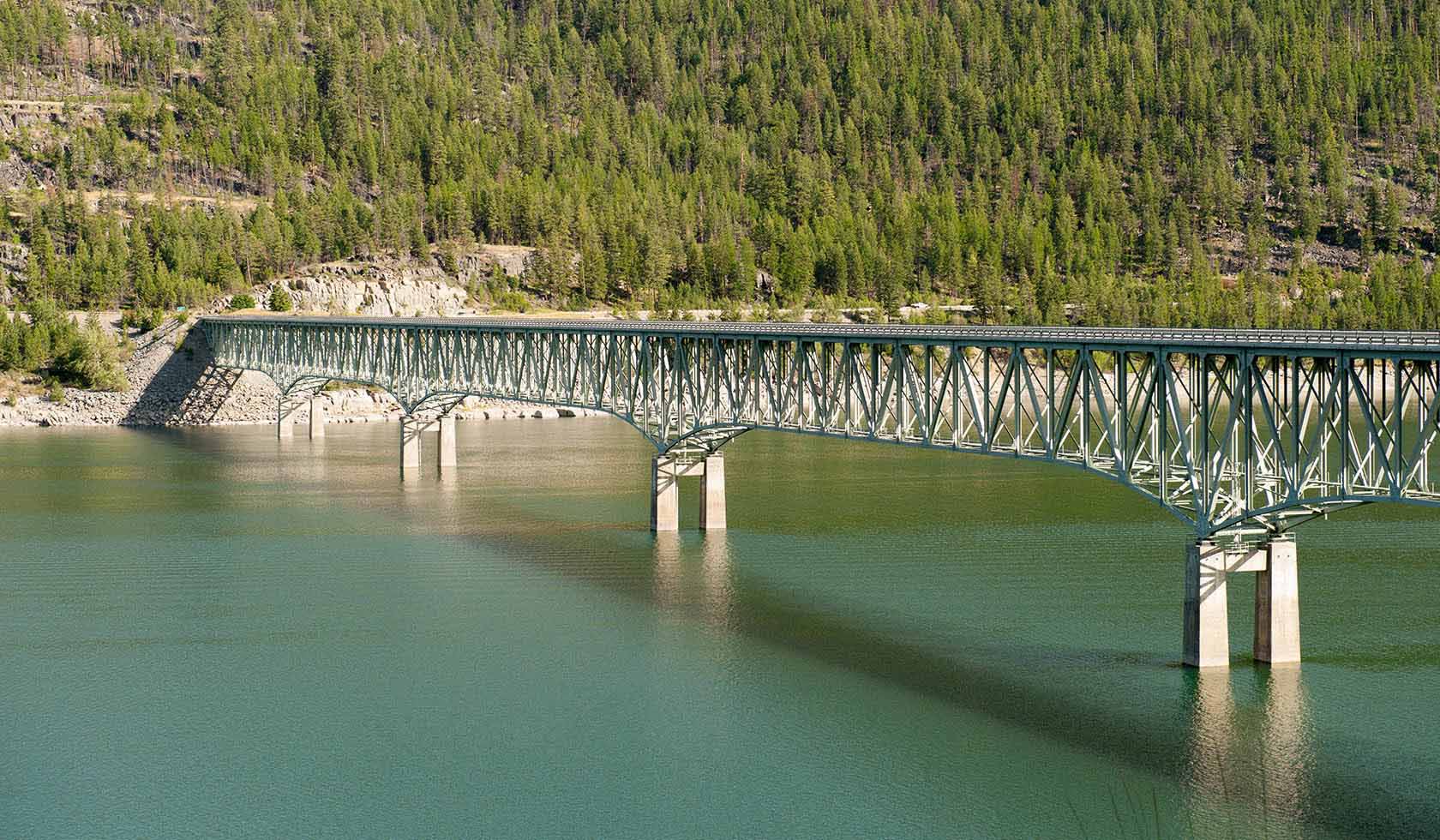 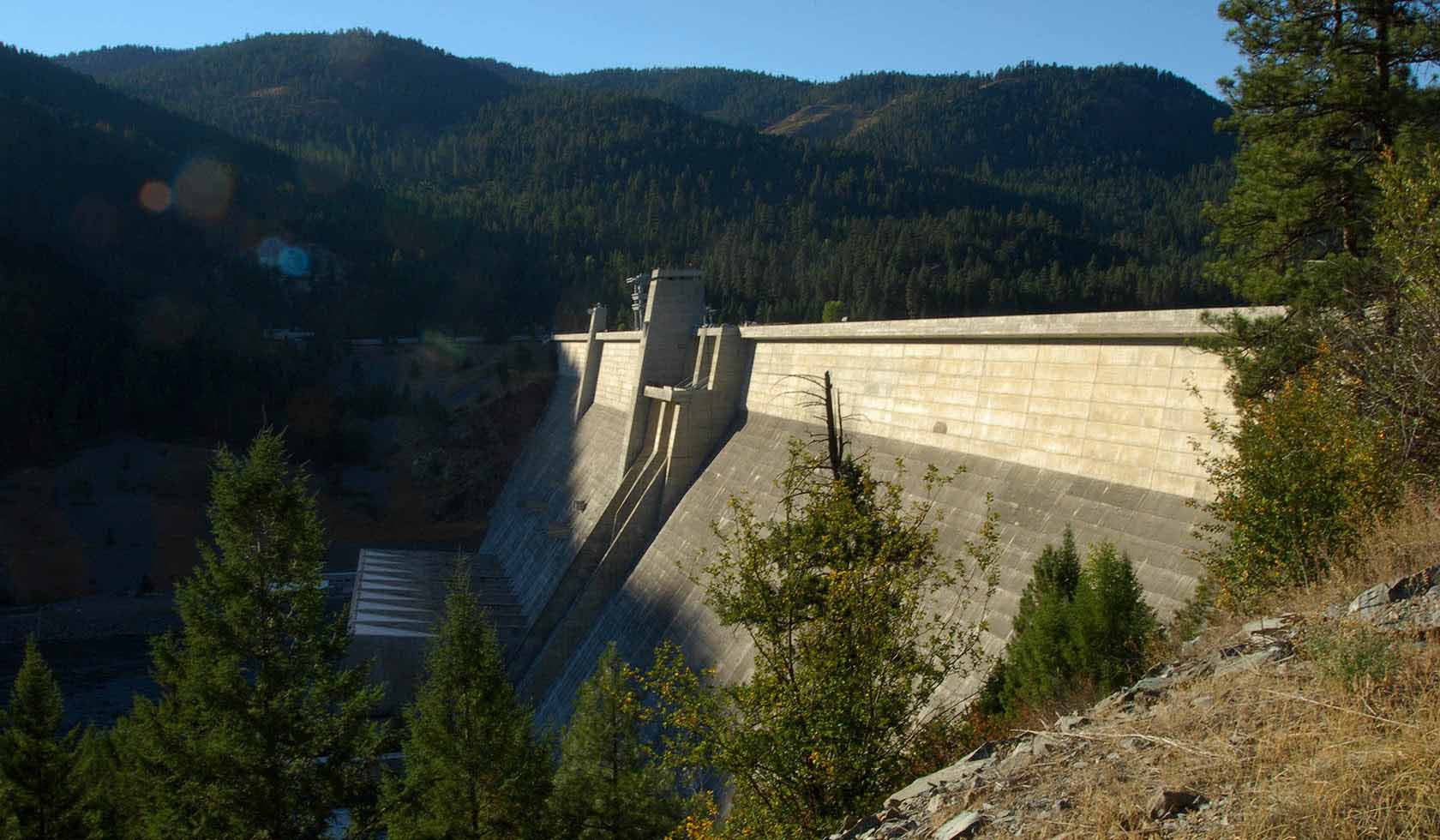