The Bitterroot Mountains run along the western edge of this valley, the Sapphire Mountains along the eastern edge, and the Bitterroot River right through the middle. The valley opens into large plains with historic towns (including the first white settlement in the state) and working ranches. It's also the gateway to the Selway-Bitterroot Wilderness, and a corridor to Yellowstone National Park as you leave Glacier Country.

Highway 93 is the main artery of the Bitterroot Valley Scenic Drive. Head south through beautiful Scenery and the towns of Lolo and Florence until you come to the Lee Metcalf National Wildlife Refuge (take the East Side Highway to Stevensville). Here, you'll see nesting osprey and other wildlife. Once in Stevensville, check out St. Mary's Mission and Fort Owen State Monument, site of the first permanent white settlement in Montana, continue south on Highway 93 to Hamilton, the hub of the Bitterroot Valley.

Farther south, you'll pass through Darby (known for its cross-country skiing and big game hunting) on the way to Lost Trail Pass Ski Area and Chief Joseph Pass. Both of these passes are steeped in history; they were used by Lewis and Clark on their historic expedition, then later by Chief Joseph and the Nez Perce Nation as they fled from the U.S. Calvary to Canada.
Read More
Read Less

Highway 93 is the main artery of the Bitterroot Valley Scenic Drive. 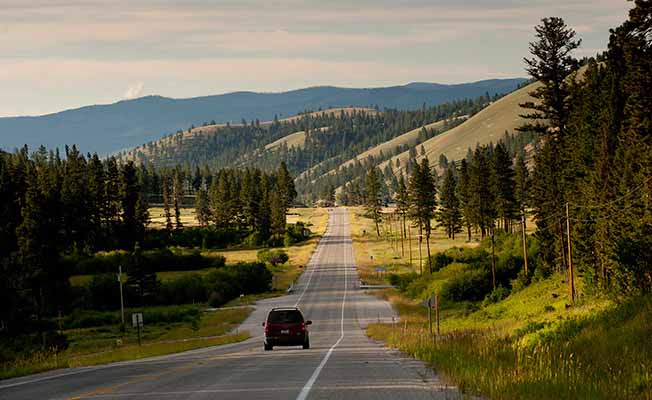